31 Days of SMA: Why We Will Never Give Up 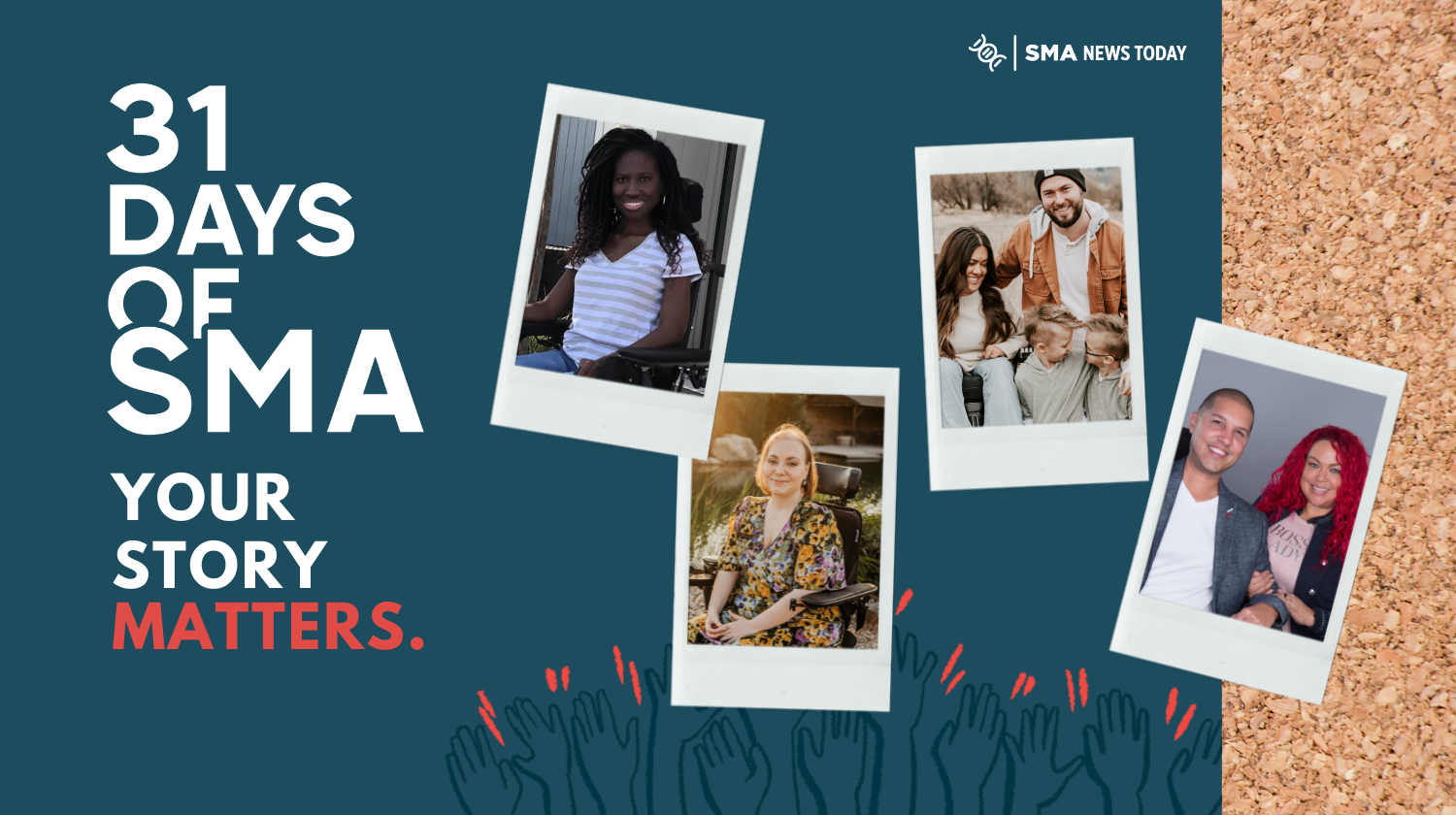 This is Tyler and Dara Bailey’s story:

My wife, Dara, has never viewed her life with SMA as being different than the lives of people without it. Growing up, she had goals of going to college, having a fulfilling career, meeting the perfect guy, falling in love, and having a bunch of babies.

Despite the challenges of SMA, her goals where like those of many young girls who didn’t have SMA. She didn’t know how these things would be accomplished, but she knew what she wanted and wouldn’t let anything stop her.

By taking it one step at a time, and with lots of trial and error, she found herself pushing toward her goals. Sometimes she got lost in the attempt, but while she may have occasionally grown frustrated, she never gave up.

Through her wits and determination, she went to college and obtained a master’s degree in marriage and family therapy. She went on to work with younger children in schools, listening, lifting them up, and providing tools to aid in their success.

I first met Dara while she was attending school. From an outsider’s perspective, I didn’t know how she did it. As time went on, SMA brought new struggles and obstacles. Despite these never-ending challenges, she pushed forward and never gave up.

Her strength and stamina are what drew me to her. Her passion for life is infectious, and she encouraged me to find new ways to help enable her to do anything she wanted. We built gizmos and gadgets, and eventually full-on wheelchairs. I will never stop doing whatever it takes to make sure she has the same shot at anything as someone without SMA.

We have been together for 10 years. We now own and operate a custom wheelchair fabrication shop. We have been able to build custom power wheelchairs for all kinds of people all over the world. Most would attribute our shop’s success to my fabrication skills, the machinery and equipment needed to manipulate metal, or the technology used to create a power wheelchair. I, however, do not. It is because of her. She will never stop and never give up. So neither will I.

As we move forward in life, I know we will be challenged. There will be many moments when waving the white flag sounds reasonable. But we will not. We will never surrender to SMA. We will never give up.