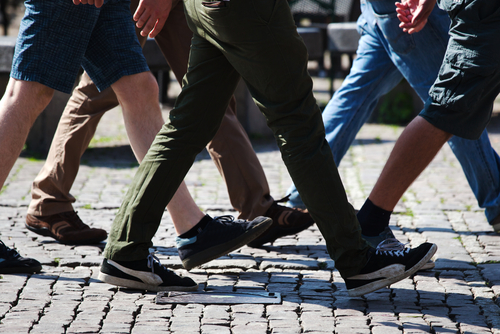 The study, “Ambulatory function in spinal muscular atrophy: Age-related patterns of progression,” was published in the journal Plos One.

Type 3 SMA, also known as Kugelberg-Welander disease, is a milder form of SMA. Muscle weakness in type 3 SMA mainly affects patients’ limb movements, and children are generally able to stand and walk. These abilities decrease over time, however.

Symptoms usually appear between 18 months and early teens. Symptom onset before age 3 is classified as type 3A SMA, and onset at later ages as type 3B — considered a milder SMA subtype.

“While SMA is thought to be a largely stable disorder, recent studies have highlighted different rates of progression based on age and function,” researchers wrote.

Researchers used data from three prospective natural history studies to evaluate changes in walking ability in 73 individuals (40 males and 33 females) with type 3 SMA who were able to walk without support for at least 10 meters.

The team used the  the six-minute walk test (6MWT), a valid and reliable functional assessment that measures the distance a person can walk in six minutes.

While the 6MWT was initially developed to evaluate functional exercise capacity in heart- and lung-associated diseases, it has become a valuable and reliable test to measure functional walking ability in SMA patients.

Overall, patients lost a mean of 7.8 meters per year on the 6MWT, but the annual rate of change significantly differed by age group. Walking ability improved until about age 6 (by 9.8 meters per year), then slowly declined until adolescence with a loss of 7.9 meters a year between the ages of 6-10.

The age around puberty appeared to be the most vulnerable period in ambulant patients, with researchers hypothesizing that weight gain and growth associated with puberty could contribute toward a greater decline in walking capacity.

“For clinical trials, stabilization of 6MWT distance in this population may therefore indicate an important therapeutic benefit,” researchers wrote.

“With the availability of a disease modifying therapy and additional emerging therapeutic interventions in development or clinical trials, the potential for a new treated SMA phenotype is possible,” they added.

They emphasized that when designing future clinical trials with SMA patients, it is important to understand the natural history of the disease and identify disease trajectories as measured by the 6MWT to better interpret patients’ response to treatment.