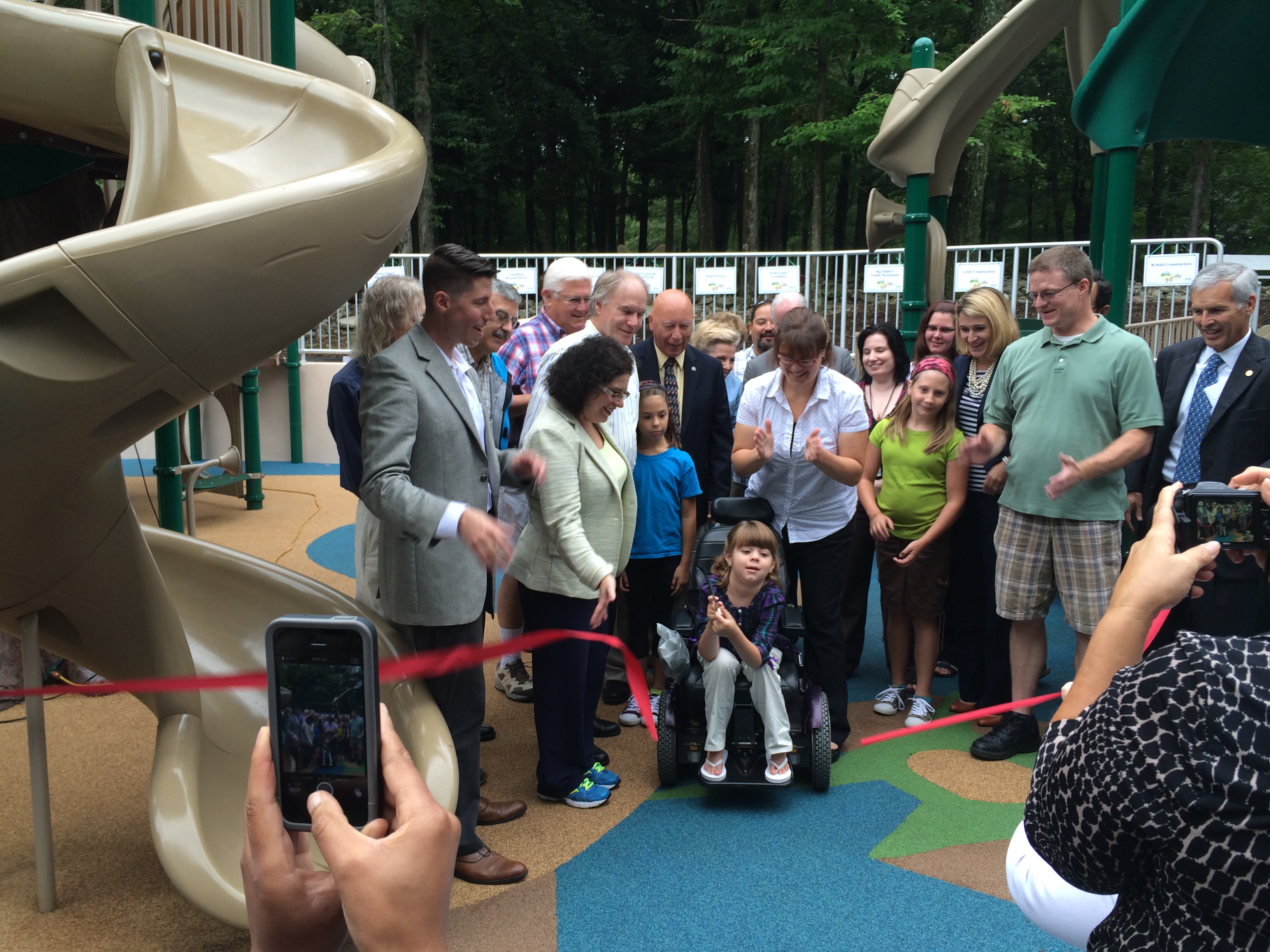 Lydia Peters cutting the ribbon during the playground’s opening ceremony.

Finally, parents of children with special needs can breathe easier when their little ones ask for an afternoon at the playground. It was last August 22, when over a hundred locals and public figures gathered to witness the grand opening of a very special playground, built at the center of a 4,000 square foot space in Tannersville, PA. At the new Crossing Abilities Playground, children with disabilities and sensory impairment can enjoy play time and socialization without compromising safety.

In the video, Laurie Peters, a mother of a child with spinal muscular atrophy (SMA), shares her story about her 6-year-old daughter, Lydia, and what the new playground means to them. After all the opening remarks, Lydia is given the honor of cutting the ribbon to officially open the playground. “[Lydia] will face many challenges in her life, like every child, regardless of their abilities. Playing on a playground should not be one of those challenges … Today, [Lydia] doesn’t have to be left out. Today, her confidence and self-esteem is flourishing, because she’s not different here.”

The space features structures built to comfortably accommodate mobility devices, areas that provide sensory-motion play, music and game panels, and a kid-friendly trolley mechanism that can bring children to a covered landing spot at the end of a 20-foot track. To cater to the vision-impaired, the playground is labelled with Braille.

A significant number of organizations and private donors shared in making this unique playground possible, including Pocono Alliance in Monroe County. During the groundbreaking ceremony, two state representatives, Mario Scavello and Rosemary Brown showed their support for the region’s first all-inclusive playground and lauded its unique concept and design. Pocono Alliance’s Michael Tukeva served as the event’s emcee and acknowledged all who contributed to the play space, with special mention to Play & Park Structures for designing and co-funding it.

SMA is a genetic disease that affects the motor neurons of the spinal cord and brain stem. Degeneration and death of these neurons results in weakness in the muscles of swallowing, breathing, and limbs. This disease is estimated to affect roughly one-in-6,000 and one-in-20,000 births.